ISKANDAR PUTERI, 12 JULY 2020: After almost three years of preparation, the infrastructure and facilities for SUKMA XX Johor 2020 are almost complete and will soon be ready to be tested by the athletes who will compete in Johor next year.

Johor Menteri Besar, YAB Datuk Ir. Hasni Mohamad had only praise for all the people involved in ensuring the construction and development of venues that will be used for next year’s SUKMA XX Johor 2020 went on smoothly.

“Compliments to all parties, especially government and private agencies who worked so hard to ensure all these facilities will be completed on schedule,” said Hasni during a visit to the venues today.

“Based on what we saw today, I am very satisfied with the progress and upgrading of all the venues and facilities. The projects are all on schedule and some venues can even be tested by Johor athletes very soon.”

“I would also like to thank the federal government through the Ministry of Youth and Sports for allocating RM142 million to help us build new facilities and upgrade existing ones to prepare for a successfully 20th SUKMA,” added Hasni.

The Menteri Besar added that Johor is now ready to host a world-class sporting event in line with its vision of becoming a sports powerhouse and hopes the latest facilities will serve to motivate the Johor contingent to become champions on home soil.

“The world-class facilities will surely be Johor’s latest attraction. For your information, the Olahraga Stadium in Mount Austin can house up to 5,000 people and meets international standards,” added a proud Noorazam. 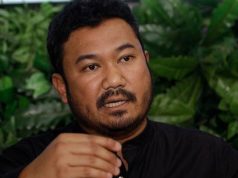 Para SUKMA to act as prelude to SUKMA XX 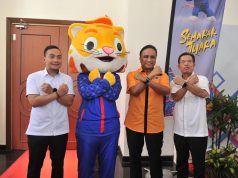 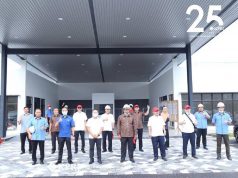