Co-written by Sylvester Stallone, this latest installment in the legendary franchise is abound in stereotypes

While that other ex-military drifter, Jack Reacher, is part-Rimbaud and part-Rambo, with a fascination for prime number factorisation and head butting, John Rambo gives mathematics and the Romantics a wide berth while handing out a particular brand of justice using his special skill set.

The fifth movie in the franchise which started with First Blood (1982), is violent and gory (I was watching from between my fingers) and easily forgettable — if not for the bone crunching violence, which one would like to wipe out as soon as possible.

Trying for an elegiac tone complete with wooden house and beautiful horses is laughable as the movie quickly devolves into horrific violence with beating hearts and collar being pried out. The story involves Rambo living the quiet life on a ranch in Arizona with the beautiful Gabrielle and her grandmother. When Gabrielle runs off to Mexico to find her estranged father and finds herself in the hands of vicious drug dealers and human traffickers, it is left to Rambo to shoot ‘em up and bring her home.

Co-written by Sylvester Stallone, Last Blood is abound in stereotypes. The bad guys are flat and indistinguishable and would have been awful cartoons, were it not for all the blood, broken bones and decapitations. Apart from Stallone as Rambo, everyone else is interchangeable including Paz Vega as Carmen Delgado, a journalist with a propensity to leave her shirt unbuttoned. The Mexican bad guys have questionable taste in music as they shoot the speakers rather than listen to Jim Morrison silkily sing ‘Five to One’— not even ‘Roadhouse Blues’!

The end credit montage of earlier Rambo films only brought to mind Charlie Sheen as Topper Harley in Jim Abrahams’ laugh riot Hot Shots! Part Deux (“She is CIA. The other man is an extra”.) The movie ends with Rambo riding into the sunset like the Marlborough man. Hopefully he is not riding into another small town to cry havoc and let slip the dogs of war. 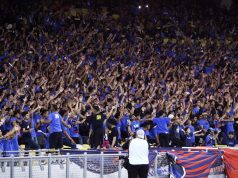 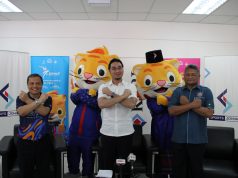 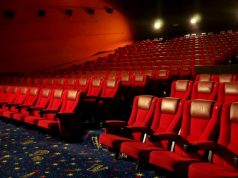