ShekhinahPR once again maintained as sponsors to Rawang BC for a third season running having already provided financial support amounting to RM25,000, including RM5,000 for this year.

The sponsorship was announced at a team jersey launch and cheque presentation ceremony earlier today, which was held at ShekhinahPR’s headquarters in Petaling Jaya.

“We strongly believe in the philosophy implemented by Jeyaseelan and the coaching staff within Rawang BC. Youth development is key in any sport for a secured and successful future, which is evident in the Rawang BC setup. And that made it an easy decision for us to support Rawang BC for a third season straight,” said ShekhinahPR Chief Executive Officer, Christopher Raj.

Rawang BC team manager, Jeyaseelan Anthony said “I, on behalf of the coaches and staff, the young players of Rawang BC and their parents, am beholden to ShekhinahPR for their support in helping us prepare for the new Purple League Junior (PLJ) season. We can’t thank them enough as we know we are in a difficult period with the whole COVID-19 situation.

“For them to step forward with their generous contributions speaks volumes of their commitment in helping to develop the sport of badminton, especially in the Rawang community.”

Meanwhile, Jeyaseelan and Rawang BC are eager to prove their mettle as they are stepping up their efforts in preparations for the PLJ2020.

“The players have been working hard at training sessions but they are still starved of competitive action. And without that combative edge, we will not be able to fully track the players’ progress and development.

“Luckily for us, we will be returning to the courts in competitive mode with the PLJ. Our players are raring to go and we are determined to do better than we did last season,” added Jeyaseelan.

Rawang BC finished a respectable fifth in the PLJ Division 1 last season, out of 9 participating teams.

The upcoming PLJ league will be held from 3rd October to 22nd November 2020 in four locations and consisting of 40 participating teams in 3 divisions – an upgrade to last year’s 22-team competition.

This year’s PLJ will kick-off in Port Dickson before making its way to Ipoh, followed by Puchong and then Muar. The top four teams in each location will then play a knockout format final round in Putrajaya.

Winners of the PLJ 2020 will bag RM10,000 and a chance to train with the Badminton Association of Malaysia (BAM) national junior team at the Academy Badminton Malaysia while runners-up and the third place team will take home RM8,000 and RM5,000 respectively. 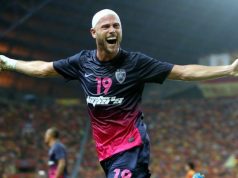 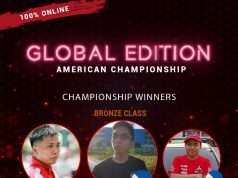 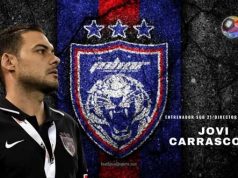