JOHOR BAHRU (5 FEBRUARY): As a prelude to SUKMA XX Johor 2020, the organisers through the SUKMA Secretariat, have added the Semarak Juara Carnival 2020 to give the event an early boost and to ensure that the entire country knows that Johor will be hosting this year’s edition starting on July 11, 2020.

SUKMA XX Johor 2020, after a hiatus of almost three decades, will be given the glitz, glamour and all the trimmings treatment by the southern hosts to ensure that it will be a sporting extravaganza which will not be forgotten too soon.

The Semarak Juara FUN RUN 2020 has already attracted 5,000 entries through the two categories offered which is the 5 kilometres (km) and the 1.5 kilometres (km) ‘FUN WALK’. This run will also feature Johor’s very own Chief Minister, YAB Dato’ Dr. Sahruddin bin Hj. Jamal participating in the 5km FUN RUN. In addition, the launch ceremonies for the SUKMA XX Official Merchandise and ‘Road to SUKMA’ Promotion squad will also be held as the ‘kick off’ for this SUKMA XX Promotional Tour session.

An array of attractions such as the Semarak Juara Sports Challenge 2020, agency exhibitions, healthy food booths, meet and greet sessions with Johor sports legends, sports event demonstrations, stage performances and guest artist appearances has been organised throughout the three-day event.

This carnival-like series will be held in four different states – Selangor, Kedah, Melaka and Pahang – culminating with the finale at Stadium Tan Sri Haji Hassan Yunos, Larkin on June 28th, 2020.

Chairman of Johor Youth, Sports, Culture and Heritage, YB Tuan Mohd Khuzzan Abu Bakar expects this year’s edition of SUKMA to be one of the most exciting since the inaugural edition in 1986.

“We as the organisers are really excited and are eagerly awaiting the opening ceremony of SUKMA XX on July 11th,” said Mohd Khuzzan who did not hide his enthusiasm. “This edition of SUKMA is expected to be one of the most exciting with a total of 32 disciplines to be held including silambam which will be a demonstration sport.”

He added: “This is the second time SUKMA is being held in Johor which also hosted the event in 1992. So, the organisers are working very hard to ensure that all the venues are completed on time and nothing is left to chance so that everything runs like clockwork.”

“For this edition, we will divide all the venues into clusters from A to H. Venues will be located around the state with seating capacities ranging from 600 to 30,000.”

The Fun Run is also a sure way of promoting a healthy lifestyle especially among Johoreans.

“This run is one of our many efforts of promoting SUKMA XX and will act as a mini ‘test run’ before big event gets underway in Johor,” said Mohd Khuzzan. “We also believe that these type of events are the perfect way for to promote a healthier lifestyle to the community.  I expect that this program will be a hit among all Malaysians especially those living in Johor.”

However, the Semarak Juara Fun Run Carnival had to be postponed at the eleventh hour due to the recent outbreak of the novel coronavirus which has seen 10 cases so far in Malaysia. Neighbours across the causeway, Singapore, has seen 24 cases thus far.

“Due to the proximity of Johor to Singapore and as a precaution, we have decided to postpone the carnival to another date, which will be reviewed at the end of the month,” said Mohd Khuzzan.

One of the objectives of this pre-event is to create awareness among the people of other states regarding SUKMA XX which is scheduled for July 11th to 19th which the organisers are hoping will also serve as platform to launch the careers of promising young sportsmen with the potential to represent Malaysia on the world stage.

According to Chief Executive Officer of Sports Johor Sdn Bhd, Tuan Haji On’ Jabbar, the Semarak Juara Fun Run Carnival is also one of the best ways to promote healthy lifestyle amongst Johoreans.

“We at the SUKMA Secretariat unit are hoping that the community will be present in numbers at Dataran Johor Bahru to witness this historic event and usher in the upcoming SUKMA XX to be held in our beloved state starting on July 11th,” he said.

With less than 156 days before the curtain is raised, the organisers have vowed to put on a unforgettable SUKMA XX JOHOR 2020 show for the fans which will span three districts – Johor Bahru, Kota Tinggi, and Muar.

There will be a total of 39 venues with Johor Bahru hosting the bulk of the events with 28, followed by Muar (3) and Kota Tinggi (sailing and bicycle road race). A total of 434 medals will be up for grabs involving 16 compulsory sports, 15 optional, and one demonstration sport, silambam.

This will also be the most comprehensive edition of the games in terms of digital exposure as all the action, latest news and results will be updated on the official platforms such as website, www.sukmaxxjohor2020.my, Facebook page – SUKMA XX JOHOR 2020 and Instagram – @sukmaxxjohor2020. 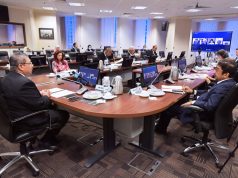 Axle Motorsport to Participate in 24 Hours of Le Mans Virtual 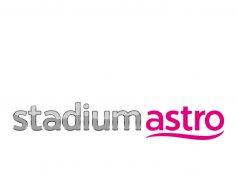